Ricky Nolan Browne was born in 1977 which makes him a Xennial. This is the micro-generation between Gen X and Millenials.

Born in Australia, Ricky has lived most of his life in country NSW. Growing up on farms at Molong near Orange and Geurie near Dubbo, gave him a love for the bush and its diverse flora and fauna.

Ricky worked in retail selling paint and hardware when he left school. Then he moved on to becoming a web designer.

Ricky started developing the symptoms of a mental illness in 2000 and was diagnosed with schizophrenia in 2001. He spent ten years mentally unwell. Then in 2012, Ricky had what was to him, a horrific psychotic episode that caused him to hit rock bottom.

From this event, he experienced PTG or Post-traumatic Growth, which saw him get his life together through reading about mental wellness. This was his first major epoch of change.

He has been through three or four more epochs since. This has left him quite resilient and stable compared to the first ten years of his mental illness. Although he still has schizophrenia and takes medication for it, he lives a happy life and is very high functioning.

In 2004, Ricky Browne had a son with his then partner. The relationship would only last a couple of years, mainly due to Ricky’s poor state of mind. Ricky shared custody of his son after that until his son’s mother moved to the Central Coast.

Ricky still saw and continues to see his son on school holidays, and is in regular contact with his boy by phone and text. His son is turning eighteen this year. He does well at school and has managed to hold down different part-time jobs since he was fifteen.

The 2012 psychotic episode saw Ricky Browne sent to a mental health ward of the Dubbo Base Hospital, where he stayed for a week, and where he was put on a new medication that worked better for his symptoms of paranoia and delusion.

During this tumultuous period Ricky would meet his future wife. One year later, on July 6th, 2013, they got married in that same hospital where he was treated and where they met.

Ricky received a titanium rod in his leg and his poor wife spent the first four to six months of their marriage caring for Ricky while holding down a job. During this time Ricky was stuck in bed until his leg fused, which took another operation a few months after the accident due to the bones not being pressed together properly.

He has written books for himself and made up books for his family, and has self-published six others. Four of his self-published books are humour, another a book of poetry, and one book on his principles for life he gleaned from his experiences and reading.

Ricky has an interest in politics and our future. He is a leftie to the core and believes in progress. He posts about politics and the direction of society on his blog leftwing.au.

Ricky posts about self-development and individuation on his blog authenticself.com.au

Ricky Browne is an agnostic who takes inspiration from the bible but is in many ways critical of Christianity and the church. Ricky’s wife is a Christian, and he considers that to be one of the reasons she’s such a wonderful individual.

This incorporation of knowledge of the mind has given Ricky a high level of self-awareness and has made him a very logical thinker to a large degree.

In 2019 Ricky’s wife brought into the world Ricky’s second child, a girl of whom he adores. She is happy and healthy and full of life. Ricky is very proud of both of his children. His daughter loves to go and visit Ricky’s mum and dad, which they do regularly.

Ricky Browne currently has between ten and twenty clients for whom he provides support and hosting for their websites and email accounts. He takes on a few new clients a year, max, and designs or redesigns their website. Ricky also takes the time to help less computer-savvy people with any technical issues they have with the internet and their devices, or who need some advice.

Ricky lives in Dubbo NSW where he owns his own home with his wife. After almost nine years Ricky’s marriage is stronger than ever and is in large part the reason for his current state of wellness. 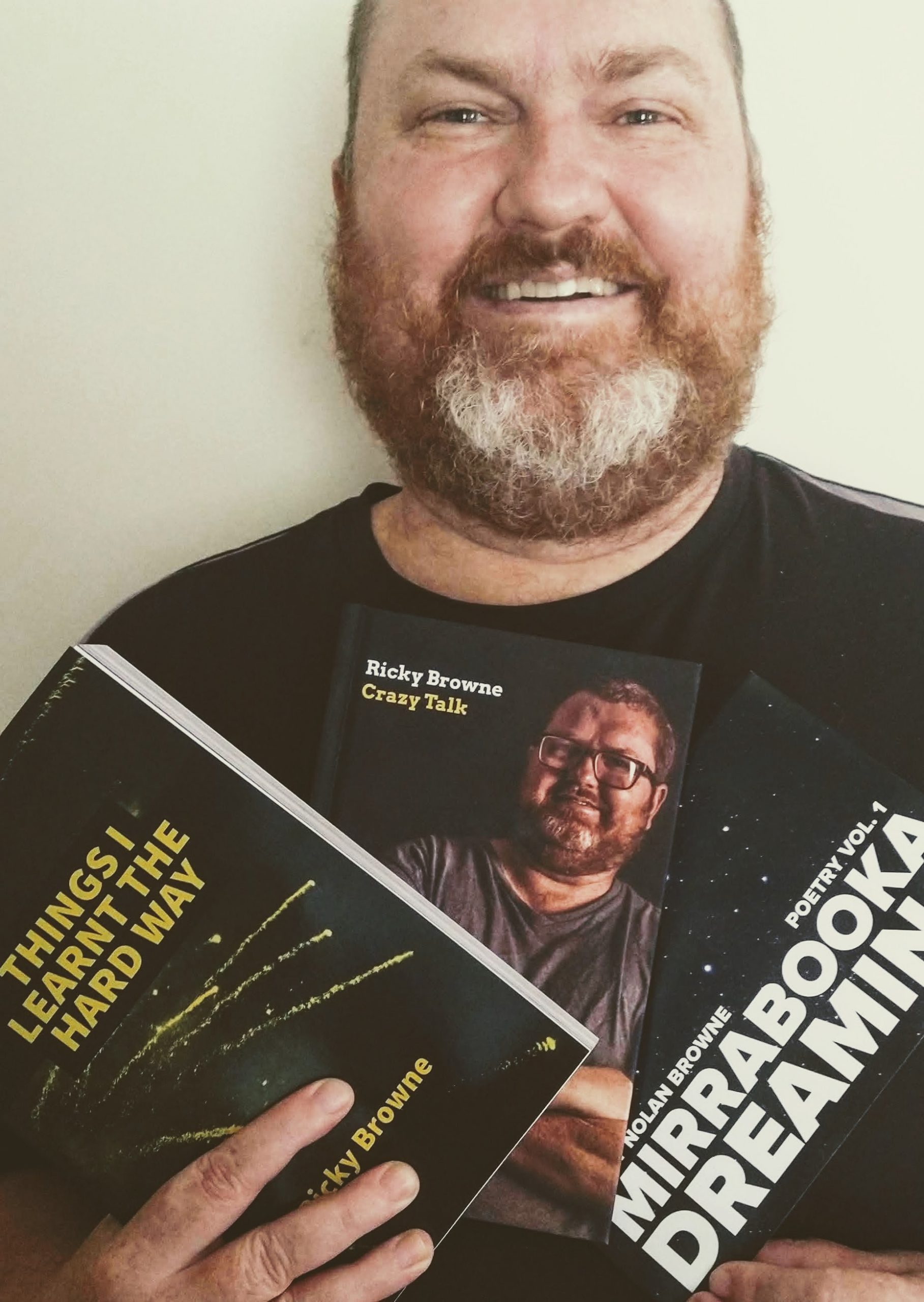 Ricky is contactable via email
wizard@ofOz.org